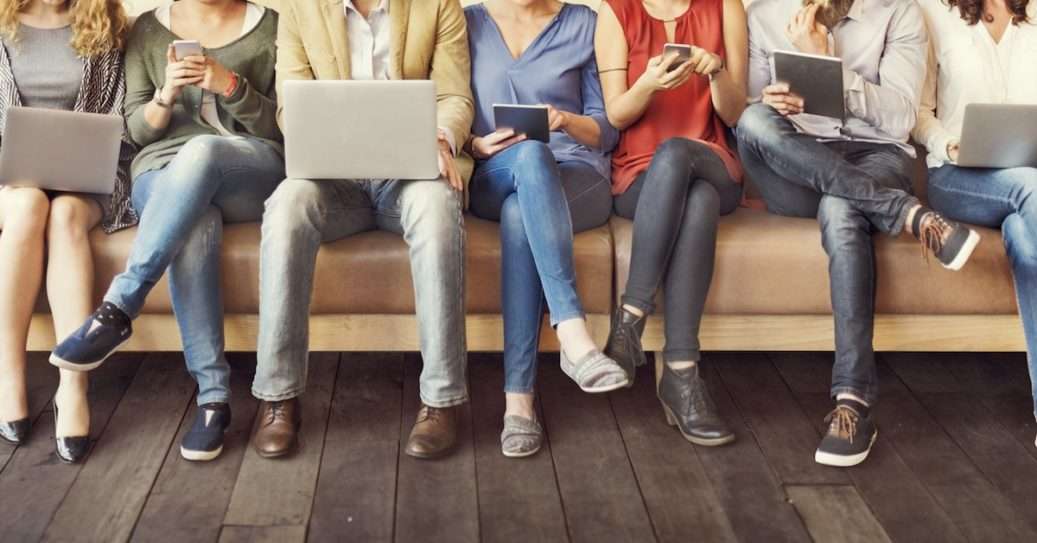 Sometimes I go on social media and it makes me feel uplifted and inspired and hopeful about the world. Other times, I come away feeling a wee bit frightened. And then… yeah, then there are the times that I come away feeling like everyone (I mean, EVERYONE) has their shiz together except me. That’s the worst.

Why does that happen?

A couple of years ago while attending a mastermind group that I belong to, the facilitator Jeff Walker said something profound: “Don’t compare your backstage to everyone else’s front stage.”

Whoa. That is some GREAT advice.

I looked up the quote online and I found something similar:

“The reason we struggle with insecurity is because we compare our behind-the-scenes with everyone else’s highlight reel.” – Steve Furtick.

Who knows if Steve Furtick actually said this or not. Because, the internet. (Oh, and if, like me, you wonder who Steve Furtick is, it turns out he’s a southern US pastor, whom some have accused of being a cult leader. Hmmm.)

Comparing my backstage to other people’s front of stage is something I find myself doing nearly every day, without even really realizing it.

Facebook, Instagram, and Snapchat all seem designed to enable people to present the highlight reel of their lives. And when I look at those highlight reels there’s a part of my brain, it may even be an unconscious part, which does exactly what the quote says. It compares the polished, edited, carefully curated and perfected propaganda of someone else’s life (their front of stage) to my messy backstage reality. And it feels ‘less than.’

That part of my brain says: “Honey, you are NOT keeping up.” And … like clockwork … the next thing that happens inside my brain is that a desire pops up. A desire to ‘keep up.’

How Giving Up on Keeping Up WILL Make You Happier…

Notice a theme? It’s not about my own enrichment or fulfillment. Oh no. It’s all about looking better in the eyes of others.

On and on my mind spins, with all the things I ‘should’ do to have a more ‘perfect’ life. All the things that I MUST do if I want to keep up. The unconscious assumption here is that I’m not okay because my life, in its messy craziness, just doesn’t (and in fact, is never going to) look like someone else’s polished highlight reel. How could it?

The other unconscious assumption going on in my mind when this happens is that life is a competition, and something terrible will happen if I don’t measure up. I’ll be a loser.

This happens partly because we’ve all been conditioned into the Scarcity mindset which is based on competition, comparison and measuring. For an exploration of how we can move out of that limiting mindset, into the Abundance mindset, check out this post.

Sometimes the veils part, and we find out how messy the REAL lives of our ‘perfect people’ heroes actually are. For example, we see shocking revelations about the behind-the-scenes realities of celebrities. Beneath the beautiful veneer is lurking drug and alcohol problems, eating disorders or dysfunctional relationships… and other serious issues like depression, mental illness, and domestic violence.

Issues which all require delicacy and discretion in how they are dealt with. And unfortunately when the veils part and we see that our idols are just human (that they have been all along) and yet we often do not extend to them the kind of privacy, compassion, or support that every human being really deserves in such a situation. Maybe because we’re kind of mad at them for not being perfect anymore… and kind of glad at the same time, because we now feel better about ourselves by comparison. Envy quickly turns to gloating when the once mighty fall.

It’s the unrealistic comparing that we do which fuels this cycle of insecurity, envy and idolatry… which ultimately leads to a lack of vulnerability, connection and compassion.

Sometimes I catch the cycle early, at the “you are NOT keeping up” part. And then I can counter that voice with a wiser voice that says “honey, you be YOU. You don’t need to keep up.” And anyway, my wiser voice says, what you’re comparing yourself to is not REAL.

Sometimes I catch it a bit later in the game though. When I’m already trying to numb the bad feelings out. Some people like to numb out bad feelings with a drink. Or food. Or binge watching TV. For me… it’s shopping. And sometimes that’s where the awareness dawns that I’ve been playing the comparison game. Like, I’m already at the shopping mall looking for stuff to buy to make me feel better about myself.

Sometimes I don’t catch it at all, and then I have to deal with the credit card bill.

Hey, it happens. And if it does, be kind to yourself. Learning to become aware of your patterns of behaviour is a process. Knowing what triggers those patterns is super helpful, but changing the habit may not happen overnight. Be kind to yourself, you’re figuring this all out as you go… we all are.

Compassion is really the key here, I feel. Compassion for yourself, and compassion for others. When I see someone who spends an inordinate amount of time presenting their polished front of stage and never showing the messiness of real life… well, I do kind of wonder if they’ve been compulsively comparing themselves too. I wonder if that’s why they don’t feel safe showing their under-belly.

A lot is said these days about the importance of gratitude. And gratitude is great. It’s great to be able to look at our lives and truly appreciate all the good in it.

Without the compassion piece, none of that is possible.

So let’s give ourselves a break! And remember to do a reality check.

Then we can get on with the business of being grateful for the good things in our lives, and we can be inspired and encouraged (instead of envious and deflated) by the great things we see happening in other people’s lives.

Let me know in the comments if you found this post useful!

P.S. This article first appeared in LivingNow magazine. You can check it out here:

0 Shares
Share
Previous Post How Anger Blocks Abundance, and How to Shift Out of It FAST Next Post Dealing with Shock – Don’t Let it Block Your Abundance