What Do The Muppets Have to Teach Us About Abundance? - The Abundance Code

What Do The Muppets Have to Teach Us About Abundance? 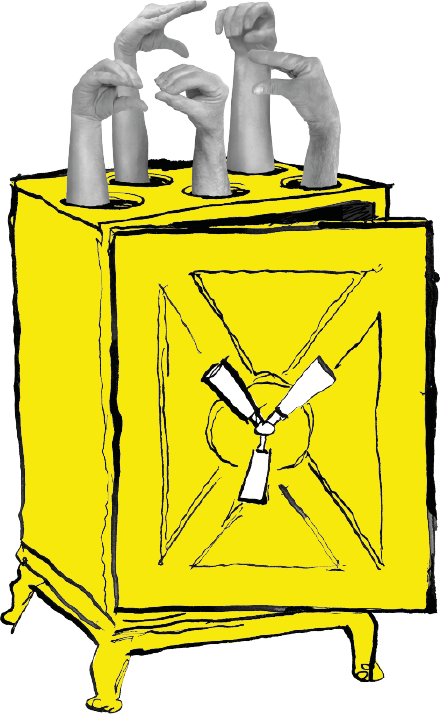 If you grew up loving Sesame Street and The Muppets like I did, then you are going to LOVE this fascinating new (soon to be released) documentary produced by my friend Victoria Labalme, called Muppet Guys Talking.

(Remember Victoria? She was one of the people I interviewed for The Abundance Code film, who reminded us to stop taking yoga – and life – so seriously!)

So how did Victoria come to produce this amazing film? Here’s the back story…

Frank Oz is one of the most famous performers in the world that you may never have heard of… unless you are a Sesame Street fan, a Muppets fan, a Star Wars fan, or a fan of some of the amazing films Frank has directed like The Little Shop of Horrors, Dirty Rotten Scoundrels and Housesitter.

Frank Oz helped create and perform some of the best-loved characters of all time… Like Bert (remember Bert and Ernie?), Grover and the Cookie Monster from Sesame Street. Like Miss Piggy, Fozzie Bear and Animal from The Muppets. And Yoda from Star Wars. Yeah, that’s right, Frank Oz created, performed and voiced the character of Yoda!

Frank worked for many years, along with an incredible team of puppeteers and performers including Dave Goelz, Jerry Nelson, Fran Brill, Bill Barretta and the legendary Jim Henson (who led the team and performed Kermit the Frog, amongst others) on Sesame Street and The Muppets.

Anyway, Victoria had been sitting around the dinner table with Frank and his Muppets friends for years, hearing them talk about the amazing team environment that they had all worked within. As she witnessed their playfulness, their riffs off each other, their stories about their work culture and Jim Henson’s leadership, she thought to herself:

So, Victoria finally decided to produce a documentary, and convinced Frank to direct it, as a way to recreate some of those conversations. And that’s how Muppet Guys Talking came to be.

Muppet Guys Talking takes you behind the scenes and gives an insight into what it really took for the performers of Sesame Street and The Muppets to create some of the world’s most beloved characters, and test the limits of their imaginations, as a team.

Muppet Guys Talking is set to be released on March 16, 2018. The ONLY way you can access it is online at www.MuppetGuysTalking.com

Go there right now to check out the trailer, sign up with your best email address, and they’ll send you all the info you need to hop on board with the March 16 Worldwide Premiere of this awesome film. You’ll also get 6 exclusive videos of the Muppets Guys Talking that only people on their email list are getting right now.

Muppet Guys Talking is an extraordinary film about an amazing team of people, achieving incredible feats of creative expression, characterization and storytelling through the power of non-competitive COLLABORATION.

Not just the ordinary kind of collaboration – as this film shows us, there was an extreme level of what experts call ‘psychological safety’ present in this team headed up by the late, great Jim Henson.

Muppet Guys Talking shows how your favorite characters were created, how the team functioned so collaboratively, and the crazy lengths the performers had to go to sometimes to shoot some of the amazing scenes we came to know and love (like, remember Kermit sitting on a log in an actual pond of water… you won’t believe what they had to do to make that happen!)

(SPOILER: Muppet Guys Talking is not free to watch, but it is reasonably priced and totally worth it!)

I watched an advance screening of Muppet Guys Talking and I thought it was A-MA-ZING. So inspiring!

What does Muppet Guys Talking have to teach us about abundance?

Well, it shows how a group of people who get together in a spirit of fun, collaboration and adventure… who create a safe space for innovative thinking and radical creativity… and who embrace laughter and mischievousness in the process… can let loose, and end up changing the world.

Wait? What? They changed the world?

Yes! I truly think they did!

I know that Sesame Street and The Muppets changed my world in a big way.

Those shows helped shape the mindsets of an entire generation (actually, multiple generations) of kids. They not only taught important lessons about numbers and letters, they also taught about the importance of diversity, inclusivity, love, compassion, understanding emotions and how to play nice with friends.

And… they made me laugh, dance and sing along with them in the process!

Find out the behind-the-scenes secrets of how they did all that, by watching Muppet Guys Talking.

Check out the trailer, here: