The 3 Steps to Stop FOMO Forever - The Abundance Code

The 3 Steps to Stop FOMO Forever 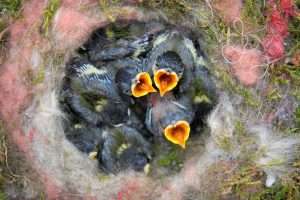 One of our Abundance Coders wrote in recently asking for a blog post about the fear of life being too “boring.” She felt like her life had gotten really small because of financial constraints.

I think this kind of fear is linked to FOMO, or the fear of missing out … because we only tend to think of our lives as dull or small when we don’t love our life the way it is, and we feel like there’s something more exciting we could be doing with it.

When your life feels small … which it can when you’re experiencing scarcity, financial constraint, you can’t afford to do much, you’re stuck in routines that are the same day in day out, and you aren’t yet experiencing your life as full of abundant freedom and choice … then it’s easy to fear that you may never get out of what can feel like a prison within your own life.

What kind of a life could you be living if it weren’t for the constraints you keep bumping up against in your life? What amazing things are you missing out on that others are already enjoying in their lives? It’s natural to think about that.

I recently wrote about the trap of comparing your backstage to everyone else’s front of stage. You can read about how to stop that from happening here.  And there might be some of that going on with this kind of FOMO too… but often what we’re doing when we feel like this, is we’re comparing our current reality to our dream reality.

We’re feeling the tension, the gap, between where we are now and where we want to be.

Now this is really interesting, because there’s a lot to be said for feeling into this gap. This gap is ripe for exploration. And that exploration is really the key which opens the door of our current prison, and lets us come out into the light.

It’s just, no one has told us that there are 3 important steps to making this exploration fruitful, and it’s crucial that we do them in the right order.

Most of us are familiar with the process of building a ‘dream’ vision for life. We look at the kind of life we’d like to have. We think about what true freedom and abundance would mean to us. We create dream life vision boards, repeat affirmations, map out our goals and even create action plans. Some of us do that stuff, anyway.

Often, though, even if we do this stuff it doesn’t quite work. In fact, it just contributes to a sense of frustration and FOMO because now we know the kind of life we really want and we still don’t have it. Despite our goals and action plans, nothing is really changing.

And the reason it often doesn’t work is because we missed a couple of important steps.

The biggest prison is usually in our own minds …

What do you believe that’s keeping you stuck?

Until you dig in and change what you believe, on a core level, about the possibility of abundance coming into your life… and I’m not even talking about believing that abundance is possible in theory, or for others, but actually believing that it’s possible right here, right now, for YOU to access abundance in your life… you’re often going to be spinning your wheels and not really making any progress.

There are 3 steps to belief change. The vision boards, affirmations, goal setting and dream creation stuff is really important … but that’s not Step 1. That’s Step 3. If you haven’t done Steps 1 and 2, then Step 3 on it’s own is not going to get you to the life of your dreams …  it’s just going to add to your frustration and sense of FOMO.

This step can be the hardest for people because our beliefs are mostly subconscious … meaning they are below the level of our conscious awareness. In my book The Abundance Code, I help you with this step. I spent years researching and studying the behaviour of people trying to build their wealth in order to figure out the Top 7 limiting beliefs about money, success and abundance that hold most people back.

Once you know what specific subconscious beliefs are holding you back, then you can move on to …

Step #2 is to WEAKEN your limiting beliefs. Actually tear down their validity using your logical mind. Can you find evidence against the belief that will allow your mind to entertain the idea that it might not always be true, in every situation in your life? Can you find examples of when that belief was contradicted?

Again, I take you through this process for the Top 7 limiting beliefs about money, success and wealth in my book The Abundance Code. I help you weaken those beliefs by presenting solid evidence against them.

If you don’t weaken your underlying limiting beliefs … then just whacking affirmations, vision boards, or goals on top of a rotten and success-undermining belief system … is like putting wallpaper over a mouldy wall. The mould will still grow underneath.

I was talking about this concept to someone recently who was a naturopath by trade, and she said “That’s exactly what I tell my clients about their digestive health! If we don’t kill off the unhelpful bacteria in the gut BEFORE we introduce the new, helpful bacteria, then the new bacteria doesn’t stand a chance of creating a healthy gut ecosystem.”

Well guess what, it’s the same with your beliefs.

If you can clear these Top 7 limiting beliefs, then that is probably going to be 80% or 90% of the battle won.

Step #3 in belief change is to REPLACE the old limiting beliefs with new beliefs that are going to be supportive of the outcomes you want in life. This is when you spend time creating your vision boards, repeating affirmations based on better beliefs, creating goals and action plans, doing visualisations, meditations, hypnosis … there are literally hundreds of techniques you can use for wiring in, and realizing the fruit of, new beliefs.

AND they work like a charm … IF you’ve done the first 2 steps FIRST. It’s actually the easiest step of all three. But it tends not to work without the other two.

That’s why so many people still feel like they are not making much progress. I hear it all the time. “I’ve been working on my abundance mindset for years, and it’s not happening! It’s not flowing into my life … What am I doing wrong?” Usually the work they’ve been doing is all Step 3 stuff, and they haven’t done Step 1 or Step 2 first. They don’t even know about Steps 1 and 2.

So what I want to say to my fellow Abundance Coder who wrote in afraid of always having a life that feels small, constrained and boring… is don’t give up.

Understand the 3 Steps to Belief Change. Together, and done in the right order, they are the keys that will get you out of prison.

Work to identify, weaken and replace your limiting beliefs and I promise you, things will change. Your life will start to open up, expand and transform. And soon enough, you’ll look around at the beautiful life you have BELIEVED into being and you’ll realize that you no longer feel any FOMO at all.

Julie Ann Cairns trained as an economist and financial market analyst, has over 25 years experience in the field of funds management and financial education, and is the author of the book The Abundance Code: How to Bust the 7 Money Myths for a Rich Life Now, published by Hay House. She is also the director of The Abundance Code documentary (2016) which explores through 15 powerful interviews with thought-leaders from around the world, how our world and our collective consciousness can make the paradigm shift from Scarcity thinking to an Abundance-based way of being. Our very survival may depend on it.