What Does White Privilege Have to Do with Abundance? - The Abundance Code

What Does White Privilege Have to Do with Abundance?

One of the criticisms people put forward for seeing Abundance as a mindset, on an individual level, is that not everyone has the same opportunities in life.

Some people say, “Hey, it’s easier for you because you had more opportunities growing up.”

OR… “You didn’t face discrimination because you have white/gender/wealth privilege.”

As Dr Sherry Buffington (who was featured in The Abundance Code film) says:

What does she mean by that?

Our ability to take advantage of opportunities in life depends not only on ourselves, but also on the collective opportunity set that is made available to us as a result of the collective consciousness within which we are operating.

Take women’s rights for example. 100 years ago women couldn’t vote in most countries around the world, they weren’t being educated as much as boys, and there were only certain jobs that they were encouraged or allowed to do like being nurses, household helpers, nannies or governesses.

Generally speaking, back then, even if women had jobs they were expected to give them up when they got married in order to become a wife and mother.

In that context, women didn’t have the same opportunities as men. Period. It’s still like that in some countries today.

So, that’s what Sherry means when she says: collective abundance precedes individual abundance. Our ability to take advantage of opportunities depends not only on ourselves, but on the collective opportunity set.

There’s a HUGE conversation going on at the moment with respect to police brutality, discrimination, white privilege and the Black Lives Matter movement.

You may ask: What does this have to do with Abundance?

It has everything to do with Abundance. Oh yes, it does.

It’s not a level playing field out there. Let’s be real about that.

We’re not all starting from the same place, are we, in terms of opportunities? And the journeys we face on the road to Abundance are not all the same either.

It IS harder for some than it is for others.

I talk about manifestation sometimes. Well, maybe I manifested it. Or, maybe it’s white privilege. Or maybe it’s a mixture of both…

Privilege is real. Racism and other forms of discrimination are real. And it’s insulting to those who don’t have the same degree of privilege, and are affected by discrimination on a daily basis, to dismiss or deny the reality of their lived experience.

I remember when I asked my biracial friend to come to Japan in the early 1990s, because there were plenty of jobs teaching English there. For sure, I said, we’ll find you a job super fast.

I didn’t count on it being much harder for her to get employment than it was for me. Just because of the colour of her skin.

That was the first time I started to grasp this thing called “white privilege”…. which was in play even in a non-white country!

Here’s another thing about that story: my biracial friend had never talked to me before about her experiences of being treated differently because of the colour of her skin. Even though she was one of my best friends. When I saw her being discriminated against with my own eyes, and I was shocked about it, she just said something like: “Welcome to my life.”

I was so ashamed that I’d never asked her about it before then, and I now understand a little better why she was probably also too tired to even bring it up. I imagine, because of ‘white fragility’, those conversations often didn’t go very well.

I’m white. And I’m well educated. I started my career with those advantages. And part of my privilege is that I can carry on pretending it’s not as big a deal as it is, without the inconvenient truth being slapped in my face on the daily.

I don’t think I’m racist. Few people really do. But my white perspective is always going to have bias built in.

I wasn’t excluded from anything. If I went for a job, usually I got it. My application wasn’t screened out before I even got in the room because I didn’t have a white sounding name. And Ha! I actually thought I was “good” at interviews!

Instead of just well and truly white, with the right educational pedigree.

I don’t fear for my life usually, except as a woman walking alone at night. But I don’t have that fear running under the surface all day, every day. I’ll never know the depth of anxiety that must come with that.

I’m just not as tired as people who face racial prejudice (both subtle and overt). Every. Damn. Day.

I don’t understand their lived experience. There’s just no way I can.

But just because I don’t experience racism against myself… I still have a duty – to all my fellow human beings – to help them fight for the basic human right to go about their lives without being discriminated against, abused, threatened, or killed.

Abundance Is Also Real, If We Make it So

What I have to share about the Abundance Mindset is not useless though… even if the collective consciousness is not fully there yet, and discrimination still exists.

Because abundance is ALSO an individual mindset.

While I believe it’s wrong (and even insulting) to say that everyone has the same chances or opportunities for abundance given the current state of our collective consciousness… I also know that making the internal shift towards a more abundant way of thinking, no matter what your situation, is never wasted.

I say this having coached women and men of colour.

Doing the work of reprogramming your mind for abundance, freedom and choice is still vital work… and I believe that it can help ANYONE, regardless of their current situation, to improve their chances of success moving forward.

It also affects the collective consciousness on some level, even if we can’t see that effect right away.

Let’s come back to the example of women (and this is just an example… the example could equally be people of colour, ethnic minorities, people of non-hetero sexual orientations or non-cis gender identifications… and the list goes on).

Women had to fight to get the vote, and they had to fight hard. Some gave their lives. There were many in society who were vehemently and violently against it. And yet, as more and more women shifted the strength of their own mindset to say, “No! You will not hold back our right to freedom and inclusion!”, there came a tipping point in society. A collective change in consciousness. A shift.

These days, in most developed countries, few question whether women should have the right to vote. It seems obvious that they should. Few question whether women should be able to have careers in whatever field they choose, as well as families if they choose, and contribute to the collective decision-making in both business and society. The collective mindset has shifted. And it all started with a small group of women staying true to something they believed in.

(There’s still more work to be done on women’s rights… but compared to 100 years ago a huge amount of progress has been made.)

I don’t condone racial prejudice, or excuse it. I wish to speak against it. Here and now.

But at the same time, I do not for a minute think that I “get” what it’s really like to be on the receiving end of it. I don’t.

And I also want to state clearly, that I don’t have all the answers about how we’re going to shift the collective consciousness. But I do think it starts with making our unconscious biases more conscious.

“Until you make the unconscious conscious, it will direct your life and you will call it fate.”

Becoming more aware of how we allow prejudice to continue to exist within ourselves (even unconsciously)… how and why we sometimes refrain from calling it out in others… and how we can be the change that we want to see in the world… is all vital work.

We can make that happen, together.

THAT is a big reason why I do what I do. Because our work is not done until abundance is real for everyone, regardless of their race, gender, sexuality, identity or background.

Now, I’d like to take a moment to share the words of someone who gets the issues regarding race relations more than I do.

Powerful words, in the blog post I’m linking to below… 👇

I’m also sharing an infographic with this post on books you can use to educate yourself around the issues.

It’s so important that white people educate themselves on their internal biases and actively listen to what people of colour have to say about their lived experiences.

(Thanks for sharing this link with me, Sonia Simone 💖)

Maybe You Read This, Maybe You Don’t by Chris Lema

With Love and Humble Prayers for Healing, 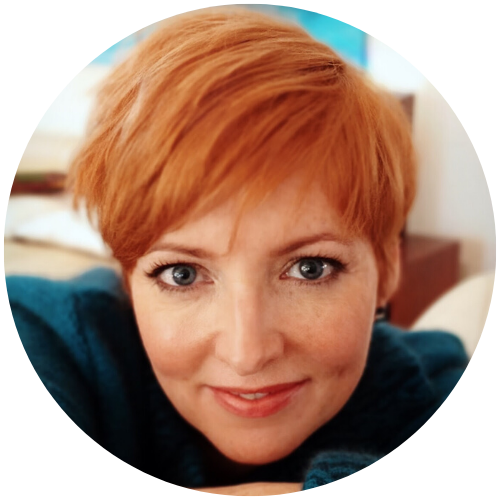