Why Having Good Mentors Matters So Much - The Abundance Code

Why Having Good Mentors Matters So Much 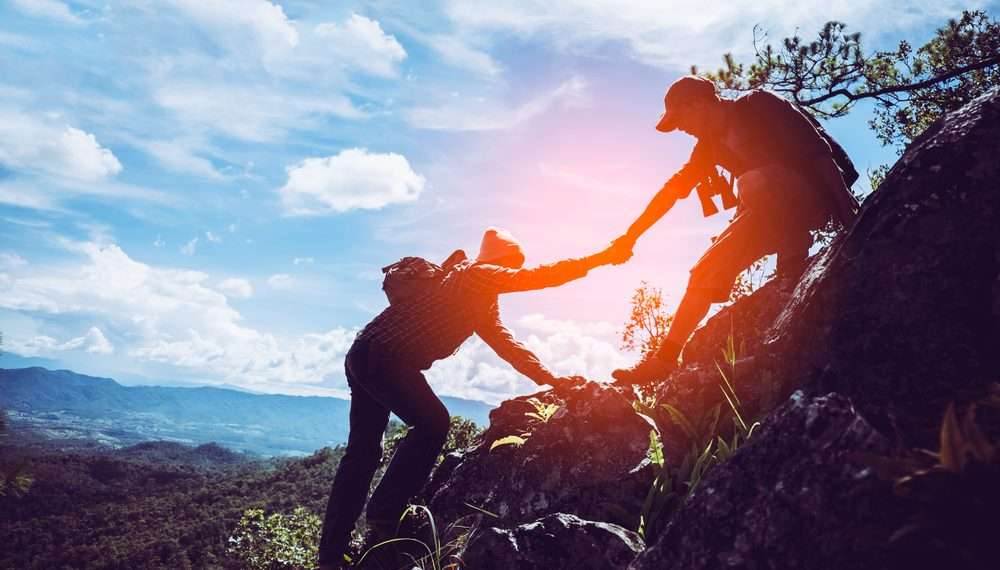 It was 2008, the year of the Global Financial Crisis.

Over the preceding 10 years I’d amassed a lot of wealth through business, financial markets and real estate… but as the global economy melted down, I suddenly found myself on the verge of bankruptcy.

It felt like a case of history repeating. Or a bad dream playing out all over again.

I’d been 11 years old when my parents had lost everything. Our family disintegrated, both of my parents had severe drinking problems and theirs was not a peaceful separation. I lost my beloved sister and father when they moved halfway across the world. I went from living a life of privilege in a huge waterfront estate, to living with my bankrupted Mom being assisted by welfare. We’d moved towns, slid to nearly the bottom of the socio-economic ladder, and I was depressed and lonely. It was a devastating and traumatic time for me.

Fast-forward to 2008 and I was 41 years old (about the same age my parents had been when they’d lost everything). My business was nearly $3 million in debt and the debt collectors we’re calling.

The finer details of how I found myself in that situation are not so important to this story. What’s important is that I realised two things:

1) Somehow I was recreating the experience of my childhood – the same extremes of wealth and loss; and

2) I needed to make some big changes to the way I was doing life.

At that point, I didn’t really know what I needed to do differently. But the universe supplied me with some amazing mentors to help me figure it out…

Change #1: The Internal “What to Believe” Change

I started deeply digging into my own psychology with the help of a book called “The Power of Your Subconscious Mind” by Joseph Murphy PhD. So, Joseph Murphy was one of the first mentors in my transformation, even though I never met him. I was fortunate enough to come across the work of Tim and Kris Hallbom too, who taught me so much about subconscious belief change that I decided to study with them to become a trainer in some of their techniques myself.

I made powerful changes to my subconscious belief code: I uncovered and over-wrote some pervasive unconscious misconceptions (myths) about money, wealth and success.

I took responsibility for everything I had created, and was going to create, in my life. I saw it as a direct result of what I believed on a subconscious level.

This massive internal shift was enough to help me avoid bankruptcy and start turning things around.

(I later documented my process for doing that vital subconscious healing work in my best-selling book The Abundance Code: How to Bust the 7 Money Myths for a Rich Life Now.)

Change #2: The External “What To Do” Change

From that solid foundation, I then sought out the right knowledge and training that would support me in creating the life of freedom, choice and abundance I truly desired.

One of the best trainings I came across during my time of ‘re-skilling’ was a high-integrity method of selling products online called the Product Launch Formula (PLF), created by Jeff Walker.

With the combination of my subconscious mindset shift (which opened my eyes to opportunities that were literally sitting right in front of me the whole time) and using Product Launch Formula to leverage our sales, my business partner and I were able to turn our business around.

We went from $3 million in debt, to debt-free with $3 million cash in the bank in a period of 4 short years. And those were the years just after the Global Financial Crisis when times were tough and many of our competitors were going out of business!

Jeff Walker has since become a trusted advisor, mentor and personal friend to me. I joined his inner circle mastermind in 2011 and have been a core member ever since.

Jeff was featured as one of the experts in The Abundance Code film, and his abundant approach to life was one of the main inspirations for me wanting to make the film in the first place. He also introduced me to many of the other thought leaders featured in the film.

Through Jeff’s mastermind group, I gained access to a level of mentorship and to mastermind networking that I now consider to have been instrumental to me in my abundance journey. It really served to turbo-power my progress.

It’s vital to choose the right Mentors. And it’s important to know the difference between a Mentor and a Coach.

A Mentor is someone who has already done what you’re trying to do. Whereas a Coach is someone who (if they are skilled) has some good processes to help you find your own answers to things, and get out of your own way.

Coaches and Mentors are different. A Coach will often focus more on mindset, and maybe also habits (the internal landscape)… whereas a Mentor is more focused on helping you with techniques, strategies and methodologies (the external “how to”).

Occasionally you might find both a great Mentor and a great Coach wrapped up in the same person, but that’s rare. Those people are a bit like unicorns. I wouldn’t expect to run across one every day.

How to Choose a Great Mentor

When selecting a Mentor to help you with your goals, make sure they’ve walked a similar path to you before. Make sure they’ve been successful, that’s important. But make sure they’ve failed once or twice too, and learned from their mistakes along the way. It’s better that your Mentor has a measure of humility mixed in with their mastery, and not a tendency towards hubris. So make sure they’re knowledgeable, but not in an egoistic “know it all” sort of way. They still need to have an open mind.

Make sure they’ve made their success strategies work more than once (they’re not a ‘one hit wonder’). And finally, make sure they’ve already mentored others and that the people they’ve mentored have also had great results from applying their methods or formulas.

Ideally, they will have helped people attain success across a diverse range of niches – so you know that their formula is truly adaptable and flexible. It’s best if their method is based on principles that work across different markets and for many different kinds of businesses.

Those are the essential qualities that I found in Jeff Walker. He’s helped thousands of business owners generate over $400 million in sales in the past 20 plus years, using Product Launch Formula. He’s a New York Times #1 Bestselling author of the book Launch. He has mentored people to success in niches as diverse as dog training, fitness, music teaching, art, financial markets, coaching, and even juggling. Yep, juggling!

That’s why I chose Jeff as a Mentor. Because he’s an amazing, abundantly minded person who’s focused on having an incredibly positive impact in the world and helping other entrepreneurs do the same. And because his formula really works.

I’m so grateful for all the amazing things Jeff’s guided me in and taught me over the years.

(So, BIG shout out: Thank you Jeff, for showing me what a truly great Mentor looks like!)

It’s my wish that you’ll also be able to identify great Mentors to help you in your journey, and I hope this post has given you some good tips about what to look out for.