Dealing with Shock – Don’t Let it Block Your Abundance 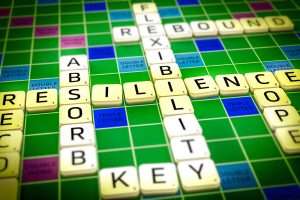 My Dad died in May this year, just after his 80th birthday. I’ve shared before that he’d been suffering from dementia for quite a while… well, it turns out that he made some strange changes to his will during his period of cognitive decline, and pretty much disinherited me.

To say that was an unexpected curve ball is an understatement.

I’m not 100 percent through dealing with it yet, of course. Grieving is a process at the best of times, let alone when it’s compounded with a situation of extremely painful confusion.

The hardest emotions have had nothing to do with money matters, and everything to do with wondering why he wanted to let our relationship end on such a note. But of course, he wasn’t in his right mind when he made those changes. He wasn’t completely himself. And the logical corollary of that is: it doesn’t serve me to take this situation too personally. It doesn’t make sense, and it probably never will, because it was an action that came from a sense-impaired place.

Still, it was a shock to me. One of the biggest shocks of my life so far… though not the only one.

My life has been littered with sudden shocks from an early age. This is something that anyone who has grown up in an alcoholic household will understand. I’ve learned how to cope with shock, and yet my nervous system is also primed to be extra alert to danger, so that also means I experience shock more easily than most.

Why Dealing with Shock Quickly is SO Important

One of the things about shock is that we have trouble thinking our way through it at the time. When we’re in the middle of it, we just don’t have as much access to our practical planning abilities. So it’s really easy to become a bit lost in shock.

The shock state is very stuck energetically, very ungrounded, and it can really derail our forward momentum and block new abundance from entering our lives.

Over the last 4 weeks I’ve come to see that there are some very specific things I do when I’m hit with a shock that help to pull me through it quickly, and get me back to a grounded place within myself from which I can process the fall-out in a useful way and move forward positively.

I can see now that my resilience system kicked in right away after this particular shock. I started doing things immediately that would help me recover from the shock quickly.

Grieving Dad’s death will be it’s own process, and I’m sure that will have it’s own timetable… but I know that process can’t even start until the shock has been cleared.

Having a Resilience Plan

My past personal experiences with shock have given me a bit of a roadmap for recovery that works for me. I hope that sharing this with you might help you to have an action plan for dealing with shock which you could refer to if you need it… because it’s nearly impossible to think things through well while you’re in the middle of that shock state.

Here’s what I did to help settle my recent shock:

You could adapt and substitute practices in any of these categories that might work better for you. Or even add categories that I may not have considered here. A resilience plan is something that will work much better for you if you’ve thought it through in advance. I do encourage you to develop your recovery plan BEFORE you actually experience shock. Since shock is so unpredictable by its very nature, it’s best to be prepared.

Let me know in the comments if this post has helped you.