3 Steps To A More Abundant Heart - The Abundance Code

3 Steps To A More Abundant Heart 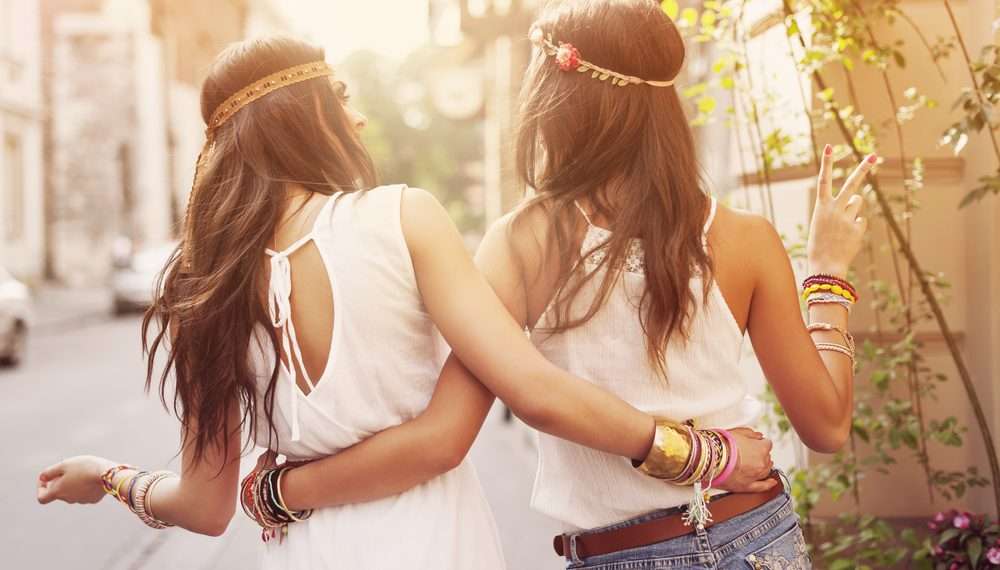 Sometimes I feel like tackling the big issues. Like how to choose love over hate. How to build bridges instead of walls. How to choose peace and not war…

These are issues that influence the very question of our survival as a species. So, forgive me if this post is a little longer than usual.

Here’s what I believe: it takes an abundant heart to navigate this sh*t.

An abundant heart is one that lets go of both excessive honoring (placing on a pedestal) and excessive scorning (condemning to the fire).

It’s a heart that relinquishes black and white, so that it can embrace the shades of grey. It lets go of certainty, it lets go of unbending convictions. And in so doing, it gains infinite possibilities.

It’s a heart that embraces humanity. A heart that can hold it all – the whole spectrum of human experience, the whole beautiful catastrophe – in love and compassion.

Yes, it’s a heart that LOVES. Each and every one of us. And meets us with that love, exactly where we are. Wherever we are. In darkness, or in light.

“And do not banish me from your sight.

And do not make your voice hate me, nor your hearing.

Do not be ignorant of me anywhere or any time…

… For I am the first and the last.

I am the honored one and the scorned one.

I am the whore and the holy one.”

As you can see, this is not a new idea.

Soon, I’ll share 3 steps for expanding the abundant nature of your heart. But first, we have to talk about judgment.

We live in a world of opposites. Good and bad. Up and down. Hot and cold. And yet when it comes to our experience, many of us want things to point all one way. As if we can vanquish the bad and make everything good.

“Let’s only look up and never down. Let’s deny the negative and only make room for the positive.” This is even seen by many as a formula for abundance.

If we want to allow only the ‘positive’ and deny the ‘negative’ then we first have to make some judgments about what those things are. What is ‘positive’, what is ‘negative’? What is ‘good’ and what is ‘bad’?

The poison grows when we confuse the person, or group of people, with the behavior. When we don’t separate our judgement of the people (“them”) from our judgment about the behavior, then we start excluding people from our hearts.

We label them as the problem. We express anger towards them. We troll them, we use hate speech against them. And this leads to conflict. Violence. War.

We can separate out the behavior from the person doing the behavior. We can do that. We do it with kids. And we can encourage positive changes in behavior.

We can do all of that without disowning our fellow human beings. Our judgment can be transmuted into a constructive, nonviolent response.

For me, there are three key steps I use to grow the abundant capacity of my heart. I practice loving both those who agree with me and those who don’t by listening, bringing empathy and compassion, and focusing on positive behavioral reinforcement.

It’s hard sometimes, for sure. It takes commitment, dedication, practice.

Mainly, it’s about not supporting or condoning condemnation. By anyone. Including myself.

Step One: I listen and learn.

There are some things that align with my values, and other things that don’t. When someone else doesn’t hold the same values or opinions as I do, I try to resist the urge to judge them as “bad” and banish them from my heart. Instead, I work on listening… I seek to understand them, and their position, instead of shutting them down and blocking them out.

I try to remember they’re also human (or a collective of humans) and that something drove them to feel the way they do about the issue, and to act the way they’re acting.

There’s probably some kind of pain in the mix. So what’s going on underneath the behavior? What caused them to think and act the way they do? Is there something structural going on? Is it cultural? Is it a matter of education, or conditioning? Is it reflexive? Is it protective? What are they protecting? And why?

I ask myself: how can I identify the causative factors behind the behavior instead of resorting to belittling and judging the person? How can I work to change the context in which the behavior has been sparked? How could the underlying cause be addressed, in a constructive way, so that change can be affected more generally (at a macro level) instead of just fighting to convince one person, one group, or one organisation at a time?

Step Two: I bring my sense of empathy and compassion into play.

There’s no perfection here. I’m human, just like you. I’m doing my best, according to my capacity as a human being. So I practice having compassion for myself.

I believe that you are doing your best too. No matter who you are. So I practice having compassion for you.

Sometimes this is easy to practice, sometimes it’s not.

For example, as a parent, I know it’s not helpful for me to judge my child or make her feel like she’s  a “bad” girl. Because she can’t change who she is, she can only change what she chooses to do.

With my daughter… well, I love her. So it’s easy for me not to judge her. I automatically have empathy and compassion for her. I know she’s growing, she’s learning, she’s finding her way. So I focus on how I can help steer her choices in a positive way.

It’s harder for me when dealing with adults. Maybe because when people are adults, I think they should know better. Sometimes I do things and think I should’ve known better! Yup. And then I feel disappointed. In others, or in myself. Maybe even angry.

That’s what I have to work on: separating the person from the behavior. It’s not easy, but it’s important.

Step Three: I use positive reinforcement to affect behavioural change.

I wrote a blog about the benefits of positive reinforcement (inspired by my friend Susan Garrett, who is an incredible expert on behaviour modification and has taught me so much about it), here: https://theabundancecode.com/blog/the-power-of-yes/.

I do it by using my democratic voting rights. I do it by voting with my dollars too, and supporting products and businesses that reflect the values and behaviours I want to see more of in the world.

I do it by donating time or money to causes I believe in, and by getting out there and supporting positive actions. By participating in environmental clean ups, supporting positive change makers and contributing to charitable projects when I can, like: homeless feeding programs, educational programs, mental health support programs, programs that help get ‘at risk’ youth off the streets, suicide prevention. Even hugs.

I also do it by participating in nonviolent acts of protest, by signing petitions, and by speaking up when I see behaviour that I don’t want to see perpetuated in the world.

I do it by teaching my philosophy about a “rising tide lifts all boats” style of abundance through my book (and the film of the same name) The Abundance Code; and through videos, articles, podcast interviews, online programs, coaching, and writing my blog.

All of these things I’ve done as best I can over the years.

There’s more I could do. Absolutely! There’s more of my own behaviour I could adjust. It’s all a work in progress. I try not to guilt myself too much about not doing enough, while at the same time not allowing myself to slip into complacency.

It’s a tricky balance. It’s open to interpretation. I have blind spots. We all do…

What it’s mainly about, for me, begins inside my own heart.

It’s about stopping myself from jumping to the emotionally easy (and intellectually lazy) labelling of “them” as “bad”…  and as a result, disowning “them” from my heart. Because I know that path leads to hate, not love. War, not peace. Destruction, not progress.

The Path We Choose Matters

Let’s do a thought experiment; one that’s designed to show that nothing is black and white.

Okay, so let’s say we could eliminate all of the things we currently judge to be wrong or bad. Then what? We would still find that we live in a relative, comparative universe where things exist on a continuum. A spectrum. So we would just judge new things to be ‘bad’ and shift our concept of ‘good’.

Our collective ideas of right and wrong, good and bad are constantly evolving. None of us are totally independent from, or unaffected by, the social and cultural norms – what I like to call the “thought soup” – in which we are immersed. And that “thought soup” spectrum does move around a fair bit over time.

In the middle of the spectrum, this movement is expressed as fashions that change. Our ideas shift on what is considered cool, and what is not cool. Like, having bushy beards versus having bushy pubic hair. (By the way, has anyone noticed an inverse correlation here? At the same time as there’s a fashion for disappearing pubic hair on women, there’s a fashion for increasing facial hair on men? Is there some kind of mysterious equilibrium of hair that must be satisfied?)

Moving more to the edges of the spectrum… we have changes in ideas about things like smoking, unprotected casual sex, or spanking children. And even farther on the fringes, things that were once legal and tolerated shift into being totally offensive and illegal.

Slavery comes to mind… Burning ‘witches’ at the stake… Denying women the right to vote.

The #MeToo movement is called a “movement” because we’re currently seeing attitudes about sexual harassment, move.

There will always be a spectrum of right and wrong. The spectrum can be shifted, yes. And in many cases it should be.

Collectively, we decide where it goes.

Personally, the choice is whether I seek to shift it violently or nonviolently.

That’s the crux of it. Do I fall into the “us” and “them” judgment trap – thereby closing my heart to others, and risking devolution into conflict or even violence? Or do I, instead, focus on shifting collective behaviour through positive reinforcement; while at the same time listening to, having compassion for, and keeping my heart open to my fellow human beings?

That choice is everything. It’s the only thing I have control over.

I know my choice.

As always, let me know in the comments your thoughts, and also whether this post has helped you in any way…