How to Overcome the #1 Cause of Emotional Suffering 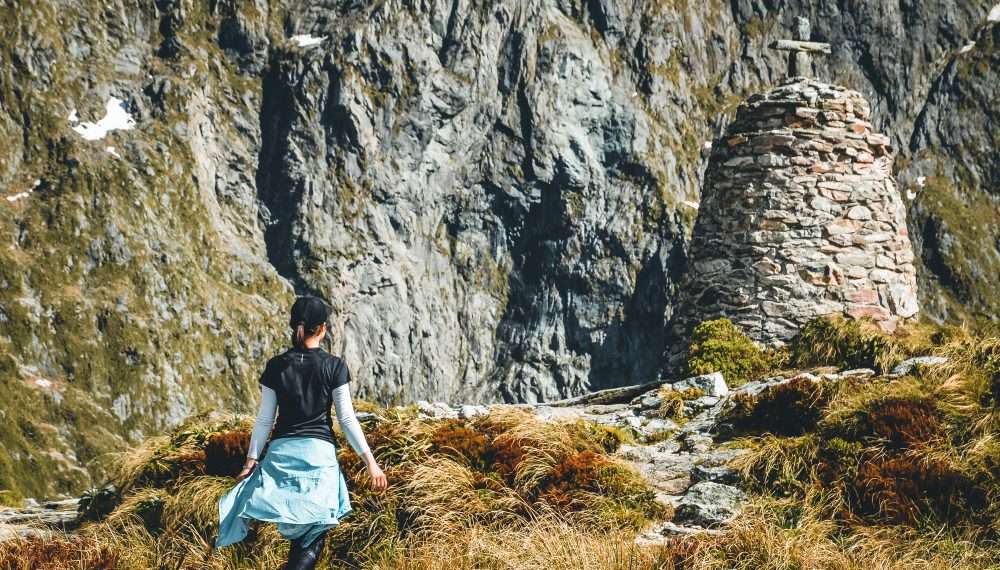 What do you do when the reality of a situation doesn’t match your expectations?

This is a tough one, hey?

Some people might even say that this is the NUMBER ONE cause of all emotional suffering!

Got time for a story to illustrate?

I went on a big multi-day hike on the south island of New Zealand, that had been planned for a year in advance, in early January. The hike is pretty famous here in the southern hemisphere, it’s called The Milford Track.

I was hoping for an amazing experience on the Milford Track, because I’d heard so much about it. And I did get that – but I also experienced the particular brand of emotional suffering I’m talking about here.

Coming off a really bad flu a few weeks beforehand (my first illness in 5 years) I was not in the best shape for it, and one of the days of the hike involved about 10 hours of walking with a pack going up and over a mountain in the Southern Alps. It’s called the Mackinnon Pass, after the man who discovered this route over the mountain.

So, the whole way up I was struggling. Like, really struggling. I was the slowest person in our group and was bringing up the rear with the ‘back guide’ behind me – the guide who stays behind the last person so that no one from the group gets lost.

I had to enter a ‘zone’ to get through the climb. One foot after the other. Focus on the next step, and the next step. But I wasn’t just focusing on my steps. In my mind I was also really looking forward to the summit, because at the summit there’s a hut where I could have lunch and a short rest before the long descent.

On the way up, the guide told me there’s a memorial to Mackinnon near “the top” and the hut is just “a bit farther” after that. When we got to the memorial, it looked like we’d reached some kind of “top”… the view opened up. We were on a ridge and could now see over the mountain into the valley below.

The view was absolutely spectacular. Breathtaking. And woohoo! I’d made it!

I was totally high-fiving myself…

But ha! Psych! The memorial on the ridge is SO NOT the top! After we left the memorial I started to realize the summit was still a long climb away. How far, I wasn’t sure. But definitely a LOT farther than I’d expected.

I wanted to fall to my knees and cry. I was sooooo tired! And, I’d really thought I was almost there. It felt like a crushing blow to find out that was not the case.

I didn’t cry (on the outside anyway; on the inside I was a blubbering mess)… I kept going. But I was having to seriously coach myself out of my state of intense disappointment.

It was obvious how challenging that kind of situation is for me. When my expectations don’t match reality. When I think I’m done and I’m SO not done. I realized how hard it is for me to stay positive in those moments.

The only thing that helped me was:


I did make it of course, and enjoyed a lovely lunch at the rest hut at the summit enjoying the spectacular view. Then I ground down the other side of the mountain one step at a time too.

The descent was just as hard as the ascent! I made it into camp that evening with the trusty ‘back guide’ still behind me. Yes, I was the last person in our group to make it in. And yet, I was so proud of myself. Because I knew: not only had I climbed a mountain on the outside, I’d conquered a mountain on the inside that day too.

I’m wondering… what works for you? What helps you get your mindset back on track when things don’t go to plan? Let me know in the comments… and as always, let me know if this post has helped you in any way.