How to Unhook From Fear (Without Entering Denial) - The Abundance Code

How to Unhook From Fear (Without Entering Denial) 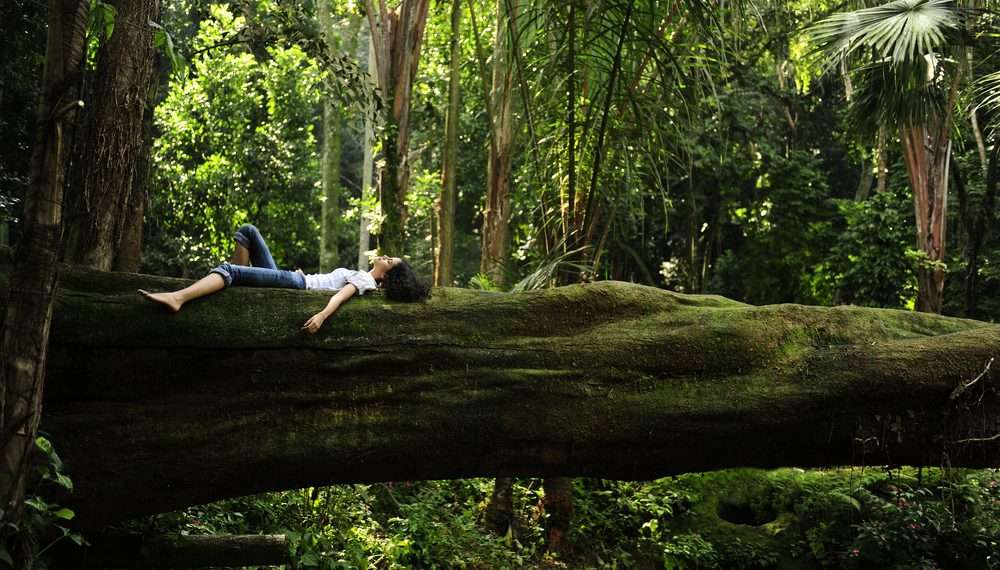 “I learned that courage was not the absence of fear, but the triumph over it. The brave man is not he who does not feel afraid, but he who conquers that fear.” -Nelson Mandela

There’s often a lot of fear around in the collective consciousness, but sometimes it’s stronger than others.

I’m not going to sit here and tell you that all fear is unjustified… that if you just sit and do nothing it’ll all be okay. Or, that if you somehow stay in a high vibrational state (ignoring all threats) you’ll be immune. No.

Some threats are real, and sometimes we have to take appropriate steps to protect ourselves and others. But, here’s the thing: panic and anxiety sends us into our instinctive “Fight, Flight or Freeze” reaction mode. And while that system works well for immediate threats (like running away from a tiger), it doesn’t help us much when the threat is more of an ongoing and constantly evolving thing. It doesn’t help us when what we need is to be able to think clearly.

It’s impossible to think clearly when we’re in that panic mode! We just react instinctively. That mode can make us do things that in hindsight, after we’ve calmed down, seem pretty stupid. They’re not really stupid… they’re just knee-jerk reactions that are completely non-rational in nature. Because the rational part of the brain was not available at that time.

When the threat we’re facing requires us to assess a situation logically, and then adjust our actions appropriately – well, that’s when the “Fight, Flight or Freeze” state is exactly the wrong state for us to be in.

It’s not a great state to be in mentally to face an ongoing threat, but it’s also just not possible to stay in that panic alert state long-term and still function well physically. It debilitates your immune system to stay in that mode for too long.

That’s not my opinion, that’s science.

Calm Down the Right Way

Okay so in a situation like that what you have to do is find a way to calm down. As quickly as possible. Then you can think clearly, and protect your immune system.

However, it’s important to realize that there are good ways to calm down, and ways that are not so helpful.

One way some people use to calm down is to deny the truth of a situation. They stick their heads in the sand. They tell themselves: “It’s FINE. This threat is not real, so I’ll just go back to my life. Business as usual.”

Okay… but when the threat is actually a real one – it’s just not immediate – then what you really need to do is take some logical, but not panicked, defensive actions. Not to deny the risks entirely.

If you’re wrong about things being “fine” then doing nothing just delays the timeline for action, so that when you finally wake up to the fact that this is a real threat and you should do something about it, that information comes as a wake-up shock. Then it’s back to “Fight, Flight or Freeze” again.

(And by the way, if you’re right about the threat being a non-event after all, then there’s not really much harm in having taken some precautionary measures anyway, so long as you don’t go overboard).

So how do you keep a cool head so you can do some research, figure out a game plan, and implement some protective measures? All while not freaking out, or slipping into denial?

The first step is to calm the nervous system. Not because the threat isn’t real, but because IT IS and you need your full mental functioning back online to be able to appropriately deal with it. And the only way to get that to happen is to calm down.

How to Get Back to Calm Clarity, Quickly!

If you need to calm down super quickly, then long and slow deep breathing where you focus on having a longer count for the exhale than the inhale is the express ticket. (This awakens the parasympathetic nervous system – the calming side of the nervous system).

Tools like regular meditation, yoga and taking some quiet baths will be your best friends too, so you keep the calm going forward. Walking in nature is very helpful. Fresh air, sunshine, watching the sunset. All that stuff. You know the things that work for you.

You want to do these practices not to be “checking out” but rather to be “checking in”. Because calming the nervous system will help you to gain perspective and soothe your overly busy, freaking out mind. So it can get on with the job of calmly figuring out what to do.

I know it’s hard to do that when you feel like the sh*t’s hitting the fan! It isn’t going to be easy to calm the nervous system once it’s already entered “Fight, Flight or Freeze” mode. Don’t expect it to be easy. But try to do it anyway.

And remember – even when the situation feels like it’s out of your control – you’re smart, you’re capable, you’re resourceful and YOU GOT THIS. You can respond. You can adjust and adapt. And a measured intelligent response is going to be way better, no matter what’s happening that’s outside of your control, than a knee jerk reaction.

Unless you really are being chased by a tiger, in which case go ahead and RUN! Or play dead, or whatever.

“I have learned over the years that when one’s mind is made up, this diminishes fear; knowing what must be done does away with fear.” -Rosa Parks

I offer a poem below, based on writing I streamed into my journal a while ago when I was experiencing some heightened anxiety and fears, that really helped me to calm down. I share it because maybe it’ll help you too, when you find yourself hooked deeply into that fearful panic state.

This is a game, a simulation.

For my own expansion.

Ultimately, it doesn’t matter what I do, or don’t do.

But it does matter how I do it.

I feel the blood of Christ in my veins,

and the tears of Mary in my eyes.

I hear the whisper of fairies in my ear,

and the beat of mythical wings on my skin.

I believe in magic.

I cast my spells,

even when I don’t mean to.

Many miracles I have known.

Or, settle into excessive certitude.

But in the Still…

In the centre of my pendulum swing,

lies the only certain truth:

I do not know.

I can only watch in wonder and astonishment at how it all unfolds.

I can only do my best.