How Anger Blocks Abundance, and How to Shift Out of It FAST - The Abundance Code

How Anger Blocks Abundance, and How to Shift Out of It FAST 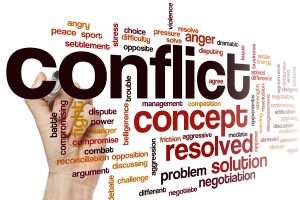 And the fact that you didn’t get to say what you really wanted to say because you didn’t think fast enough on your feet, or you weren’t feeling brave enough in the moment, or maybe the conversation was cut short before you got the chance… well, it bothers you. It maybe even keeps you up at night.

I know this scenario well. I’m a bit of a champion dialogue revisionist. At least I used to be. Admittedly, sometimes, I still am.

However, I’ve also come to realize that this compulsive re-running of conversations that I’m unhappy about is incredibly draining. It’s pointless and exhausting, like going round and round on a hamster wheel: it doesn’t go anywhere and it changes nothing. But it sure does tire me out.

That anger stops my energy from moving forward positively, it keeps me stuck in the past, and it means that my focus is diverted from spotting new opportunities and abundance-enhancing directions that I could be taking in my life instead.

It basically blocks me from accessing new levels of abundance so long as I’m stuck in the loop. AND it makes me kind of miserable.

If you can relate to this, trust me, you’re not alone!

So how can you snap out of it quickly if you find yourself in a negative loop like this?

Here are some tips that have really helped me.

First… given you were kind of angry at the time, it’s probably useful to recognize that it might be a GOOD thing that you didn’t get that perfect cutting reply out fast enough. Hmmm? Doing so may have just inflamed the situation.

Next… consider WHY the other person was saying what they were saying (even though you didn’t like it). Was there any validity in it? Where were the comments coming from? Try to hop into their shoes for a minute and consider it from their perspective.

If it was the content, then consider how you can address that content with them in a calm and constructive way. I’m not encouraging you to stay silent if you feel like it’s unresolved… just to find a way to MOVE FORWARD towards a resolution that is respectful of you both, kind and considerate. You may be justified in needing your viewpoint to be heard, but you don’t need to speak it with anger. Once you have formulated a plan for resolving things calmly, then you’ll probably find that annoying replay of the original conversation stops.

If it was their delivery that offended you, then separate that out from the content and consider why the other person might have delivered it that way. Were they tired? Could there be stressful stuff going on in their life that you don’t know about? Try to approach their poor delivery with some compassion and love. Again, if you feel the need to address it with them, then do so… calmly. Express how you feel and at the same time try to inject some compassion and love. Like “Hey, it seemed like you were angry/impatient/stressed when we last spoke. I hope everything is okay with you? I felt concerned about that afterwards. I’m sorry if I reacted badly at the time… when you speak to me like that I get upset and then it’s hard for me to really hear what you’re saying.”

If it was BOTH the content and the delivery that you have problems with, it’s still a good idea to address the two things separately.

Usually, I find that focusing on MOVING FORWARD towards a peaceful resolution (and also genuinely considering the other person’s viewpoint with compassion and empathy in the process) will stop that abundance-blocking, compulsive, hamster wheel of in-my-head conversation replays. I try to get off that hamster wheel as quickly as possible, and back into a peaceful frame of mind that allows me to see new opportunities, work well with others and receive the flow of abundance into my life.

Why are these skills so important? Because true ABUNDANCE is something we do together. It’s collaborative, rather than competitive. That means we need to learn to work together… and we need to learn to work out our differences constructively. With so many of us having been raised in a system of ‘scarcity’ that’s inherently based on competition and adversity, it can be a new skill. It might not come naturally. It might take some intentional self-development, focus and effort.

If we want to bring forth a new, abundant way of being in the world with ourselves and with others… a way that has the potential to heal our society, our economic systems and even our planet… it’s something that’s going to be SO worth the effort.

Let me know in the comments if this post helped you!